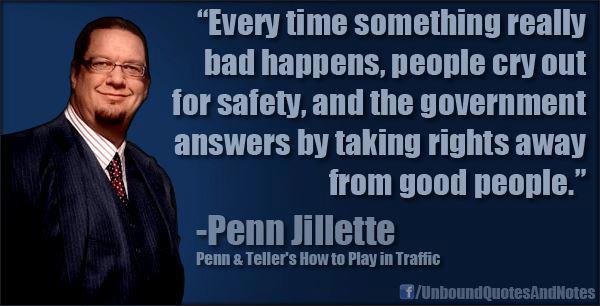 A conservative professor of mine once quiped, "Liberalism is a mental disorder."

So somehow passing ANOTHER LAW banning guns would protect us from someone like this?
The old professor may have been right. This is certainly not logical.

What happened Down Under, when guns were heavily restricted?

A Video update on Australian crime

The net is full of good and bad info. about the United Nations small arms treaty.
This has been a priority of the left for more then a decade and much of it has been adopted by the
Obama administration without congressional ratification.

Read the SAAMI minority report to better understand this global impact on small arms trade and
what you may not be allowed to buy despite no official American laws.

This Information may help the next time you meet an emotional antigun liberal. We try to collect items that elegantly defended our 2nd amendment rights, some were even written by liberals who are capable of distinguishing cheap political appeals from good public policy. Just click the links then use your browser's "File" menu to save or print the article.

The Famous Heston Speech
Heston at Harvard - Email this one to any liberal who says, "Heston was a gun nut or fascist".

Some Liberal Gun Haters Still Get It Right
I Hate Guns! - A creative article from an admitted liberal...not what you might think.

The Government Will Protect Your Rights? Not!
Tom Gresham - The U.S. government gives its opinion on the 2nd amendment

The Columbine School Shooting
Paul Harvey - Brilliant, to the point commentary as only Paul Harvey could deliver

Anonymous Professor - Yes there are academics that see the light!

Some Other Good Stuff

The Sniper With a Steadfast Aim
Gunny Hathcock's Obit - Surprisingly favorable considering it came from the Washington Post.

Commentary On Changes
How Did We Survive - If you are getting gray and have hair growing from every orifice, read this.

Walt Disney Rolling Over in His Grave?
Lincoln Animation Speech at Disneyland - Or, from inspiration to politically correct federalism? You decide.